skip to main | skip to sidebar

Even today, if you walk around the streets of New York City with your chin up, you'll see the work of ELIK, who seamlessly exists between street art and graffiti, leaving his mark in the form of innovative roller tags, wheat-pastes, throw-ups, and retro-fitted tin signs. After vanishing from the New York City art scene in 2005, transient artist ELIK, returns for a project encompassing his broad range of genres inside one space for the first time since he left. 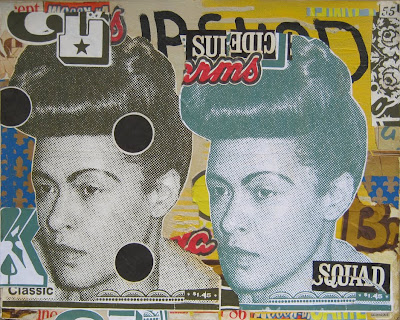 Inspired by all things discarded, the artist "formerly known" as ELIK-- hasn't exactly changed his name, nor has he stopped making work, both on and off the streets in his new location. His indoor work is comprised largely of paintings and intricate collages informed by typography and appropriated images from various media of our throw away culture. His bold and eye catching work is fused together utilizing xerox copies and original material from vintage magazines, books, found scraps, advertisements and invented images, to create a unique visual language. 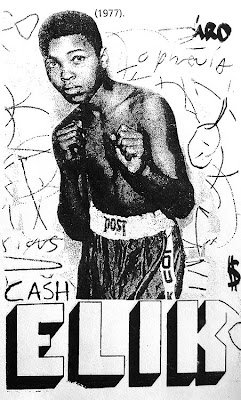 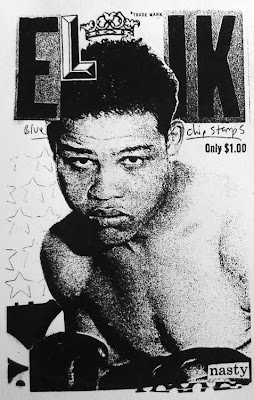 In addition, ELIK's been hoarding scrap wood, furniture, metal signage and a hell of a lot of city trash with plans to turn this place into some sort of 'shanty town'. He's politely insisted we turn the space over to him and find something else to do until opening night. 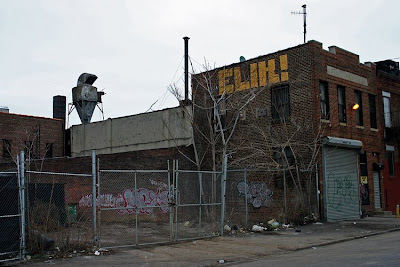 Speaking of opening night-- the turntables will be manned by none other than the 'Godfather of Hip-Hop', DJ KOOL HERC. After battling some much publicized health issues a few months back, KOOL HERC is ready to get back to doing what he does best-- rock a crowd. 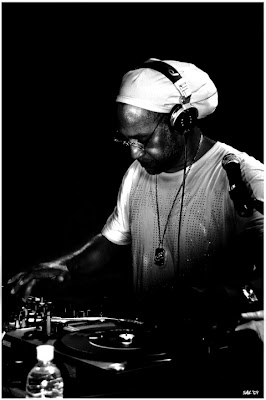 Brooklynite Gallery is located at 334 Malcolm X Blvd., Brooklyn, New York 11233.
Phone 347-405-5976 • BrooklyniteGallery.com
During exhibitions, we are open Thursday thru Saturday from 1-6pm or by appointment.
We are located 2 blocks from the A or C subway to Utica Ave. stop.

Posted by BROOKLYNITE GALLERY at 9:26 AM